Wintershall Dea’s history is full of exciting turning points. A journey from the end of the 19th century till today. 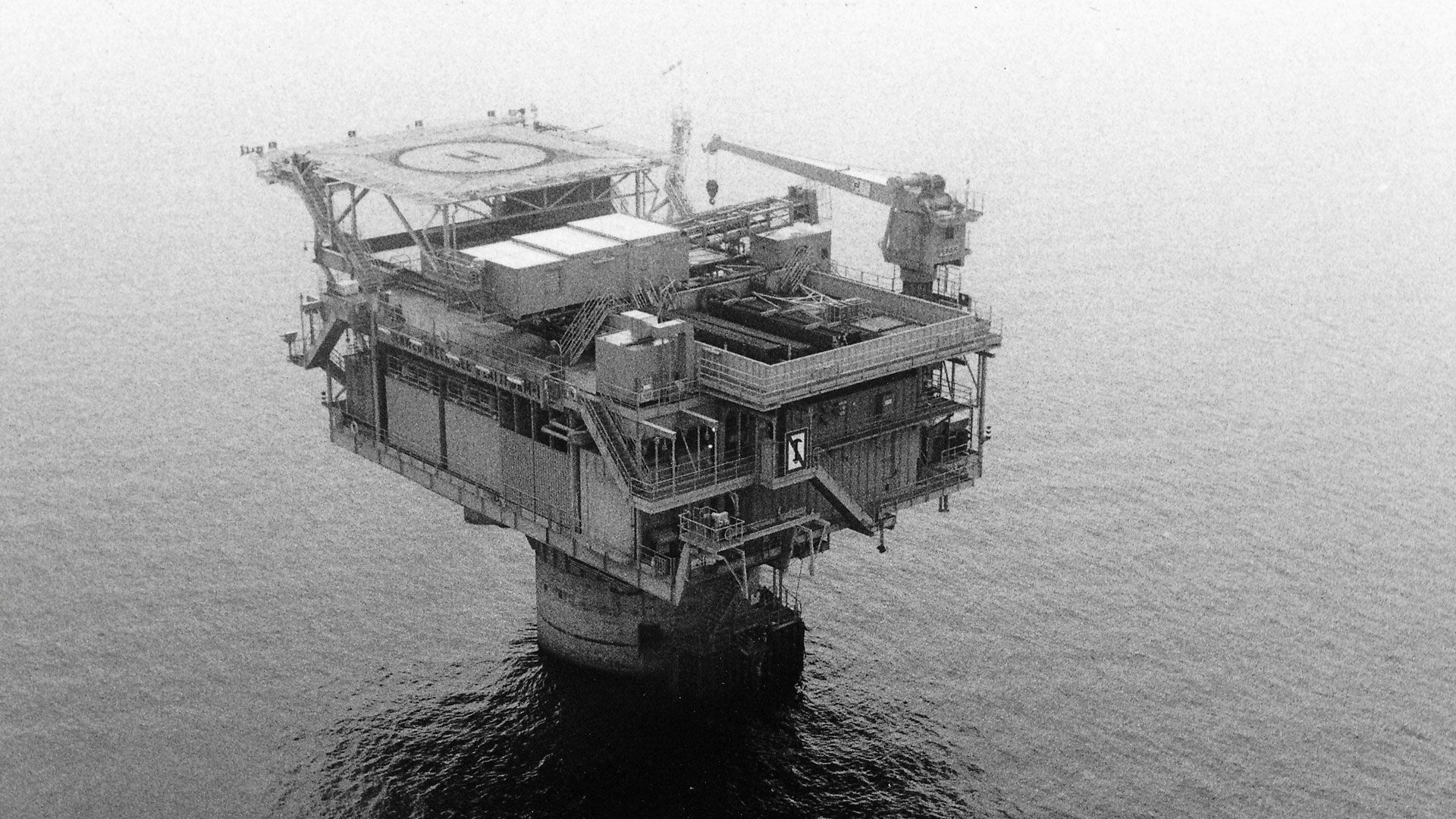 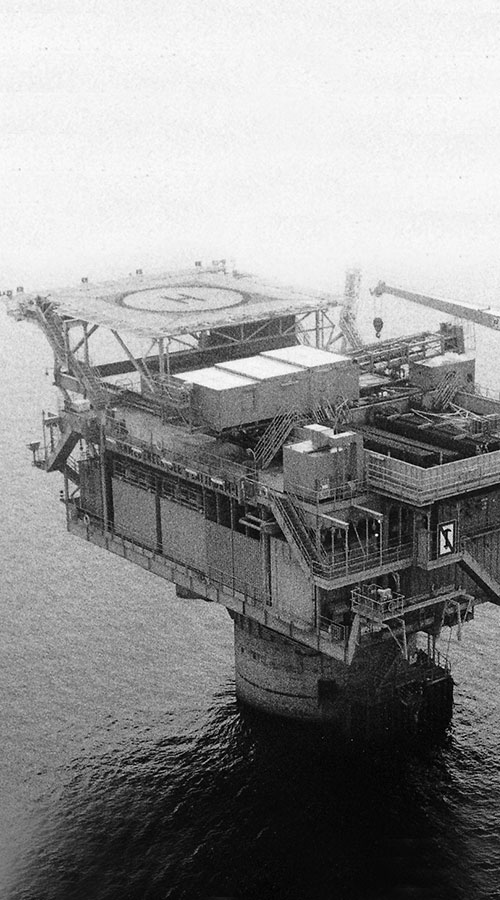 Wintershall Dea’s roots reach back more than 100 years: Its predecessor companies Wintershall and DEA Deutsche Erdoel AG were among the pioneers of the German oil and gas industry. Both companies repeatedly made a mark with their technical know-how and skills and also enhanced their portfolio systematically. From the second half of the 20th century on, they increasingly became international players and secured challenging concessions worldwide. They have continued on that path together since the merger in 2019. The successful tradition of its forerunners is the foundation on which Wintershall Dea now operates stronger and more modern than ever before.

The mining entrepreneurs Carl Julius Winter and Heinrich Grimberg found the company Wintershall. Its business in the initial years focused on mining potash salt. That also explains the company’s name: The Germanic word “Hall”, meaning salt, was appended to the surname of the founder Winter. 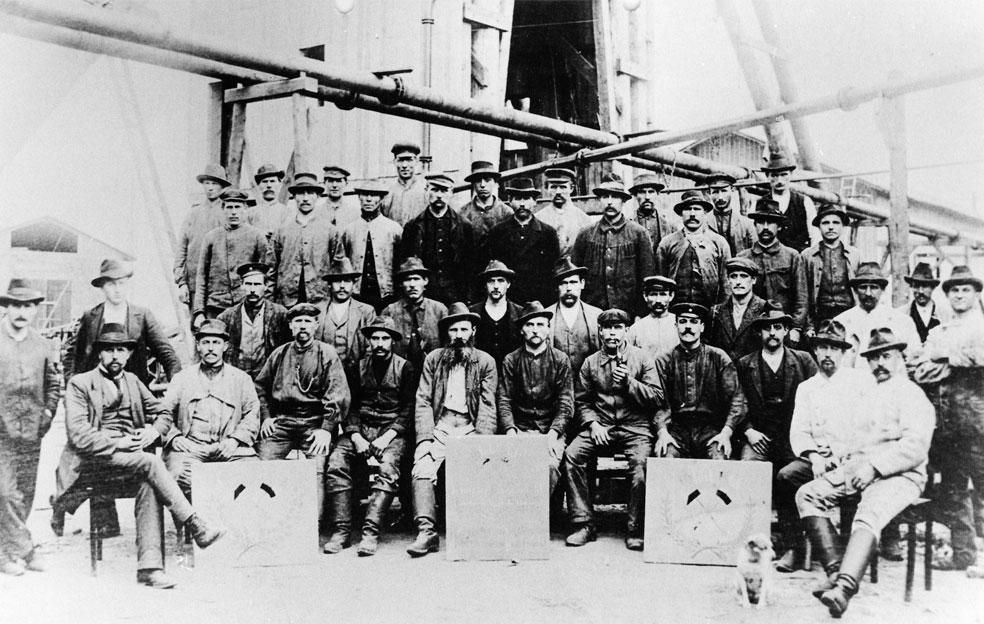 A group photo from the early years shows the then director of Wintershall, August Rosterg (2nd from left), together with his co-workers.

In the drilling business

The legal predecessor of DEA Deutsche Erdoel AG is established as Deutsche Tiefbohr-Actiengesellschaft (DTA). The Managing Director is the 25-year-old merchant Rudolf Nöllenburg from Krefeld. The company initially operates as a drilling contractor. However, it would soon start drilling its own wells – including one that struck oil for the first time. Crude oil is officially declared the new main business in 1906; the company is renamed Deutsche Erdöl-Aktiengesellschaft (DEA) in 1911.

Wintershall and DEA together embody a proud 245 years of history. Now we are shaping our future together.“

DEA Deutsche Erdoel AG drills the world’s first oil shaft, the Nöllenburg shaft, in Pechelbronn in Alsace. Up to then, oil was either extracted close to the surface or by means of wells. In the complex shaft construction method, however, oil is “mined” with the aid of an underground cavity.

From salt to oil

Wintershall, which has now evolved into Germany’s largest potash company, expands from 1931 into crude oil production. The first step leads to Nienhagen near Hanover. DEA is also active there, so the two companies become direct rivals for the first time with neighbouring production derricks. 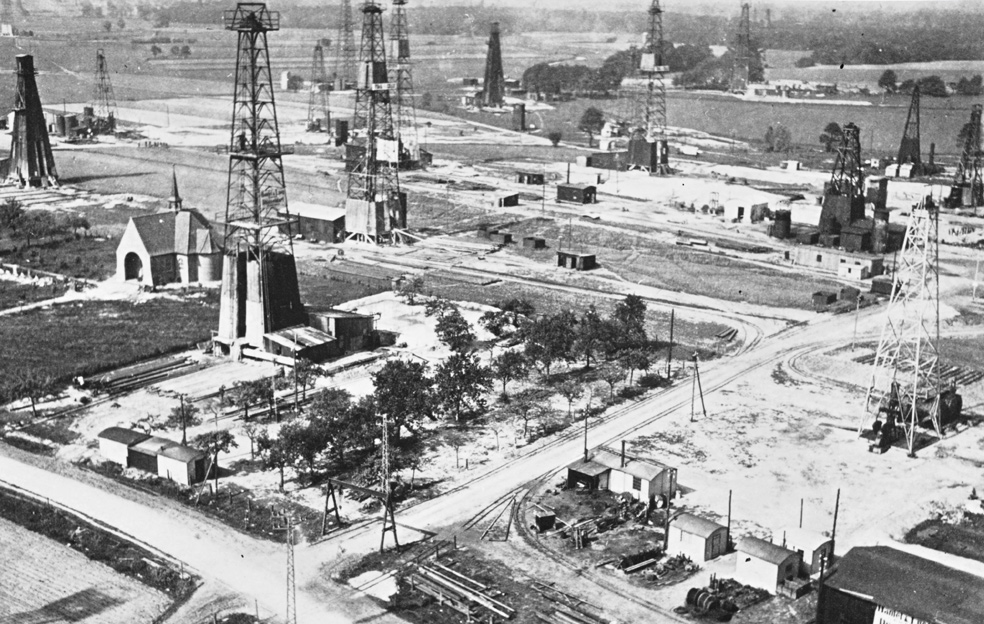 Oil production in the 1930ies in Nienhagen (Lower Saxony, Germany).

In the era of National Socialism

The history of Wintershall und DEA, two German companies both steeped in tradition, also includes their role during the era of National Socialism. As strategically important companies for the war economy, Wintershall and DEA benefit from the National Socialists taking over power. Forced labourers are used and exploited at both companies; the companies are also involved in producing oil reserves in Eastern and Southern Europe. To extensively reappraise this dark chapter in the companies’ history, take a critical look at it and assume the responsibility it implies, Wintershall initiated a project in 2018 together with the renowned Gesellschaft für Unternehmensgeschichte (Society for Business History) to look into the companies’ role in the era of National Socialism. The research also looks at the proximity of the companies’ management at that time to the NSDAP. 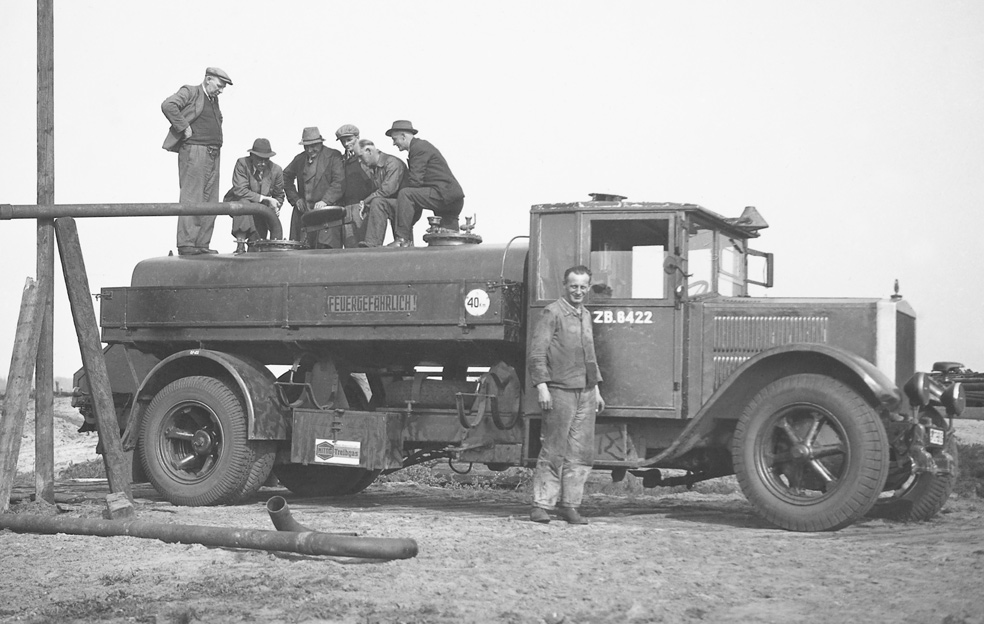 Crude oil is loaded on a truck. The picture was taken in 1944.

In 2020, Wintershall Dea published studies on the company's role in the Nazi era. The reference book was presented in Kassel and followed by a panel discussion that focussed on the question of which responsibilities for the present result from our own past. 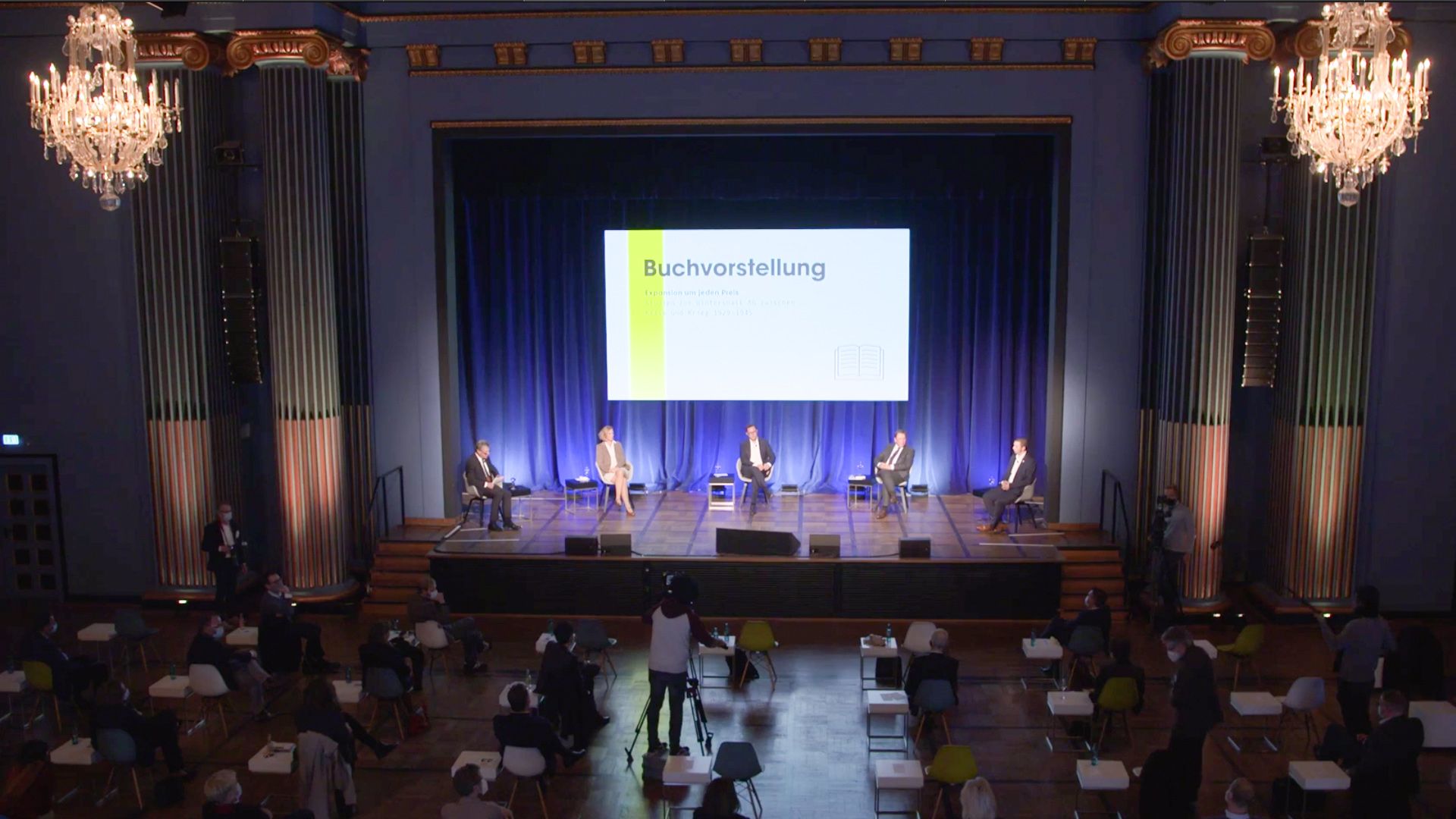 In 2020, Wintershall Dea published studies on the company's role in the Nazi era. The reference book was presented in Kassel and followed by a panel discussion that focussed on the question of which responsibilities for the present result from our own past.

Crude oil production gets a boost, and the still young Federal Republic of Germany acquires a new and forward-looking branch of industry: in 1951 and 1952, Wintershall and DEA discover large natural gas reserves in Rehden and Pfungstadt. In the following decades, natural gas business becomes increasingly important. This is helped by the 1973/1974 oil crisis – a reminder that less dependency on Arabian oil sources is advisable.

A leap into the world

Wintershall and DEA start their expansion abroad together after the Second World War. From 1954, they take part in developing oil and gas reserves in the Peruvian jungle. Both companies later cooperate, among other places, in Libya, Oman and Dubai. 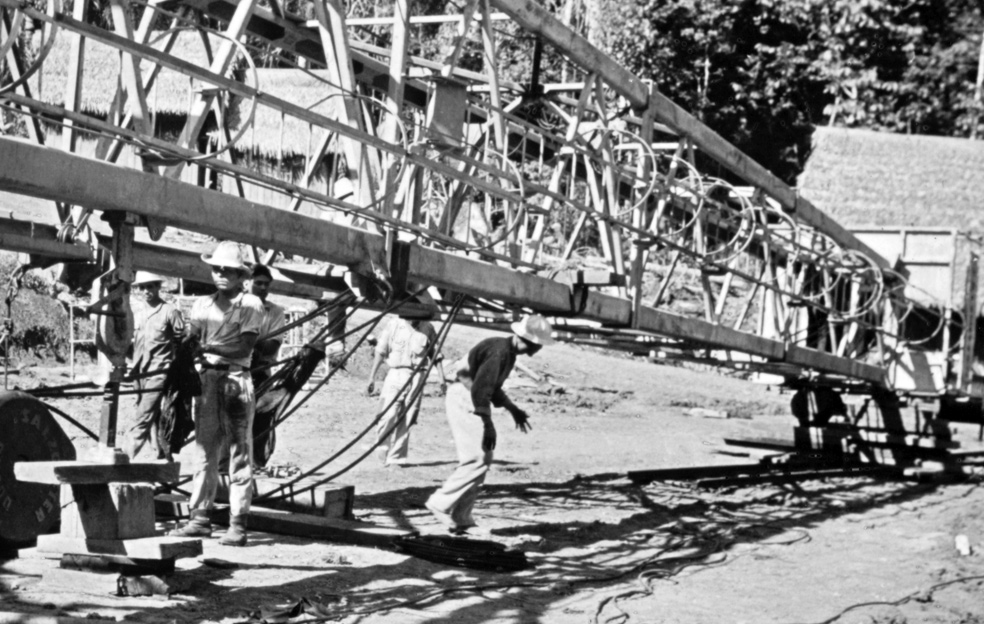 First contact: Wintershall and DEA worked together in Peru in the 1950ies.

DEA Deutsche Erdoel AG enters the Norwegian market. The target: the rich oil and gas reserves on the Norwegian continental shelf. They would later become one of Europe’s most important sources of energy.

Operations get underway in the Gulf of Suez: Oil production starts at the Ras Budran, Ras Fanar and Zeit Bay fields. That is the reward for ten years of work for DEA Deutsche Erdoel AG. Production off the Egyptian coast is one of the company’s earliest production projects outside Europe. 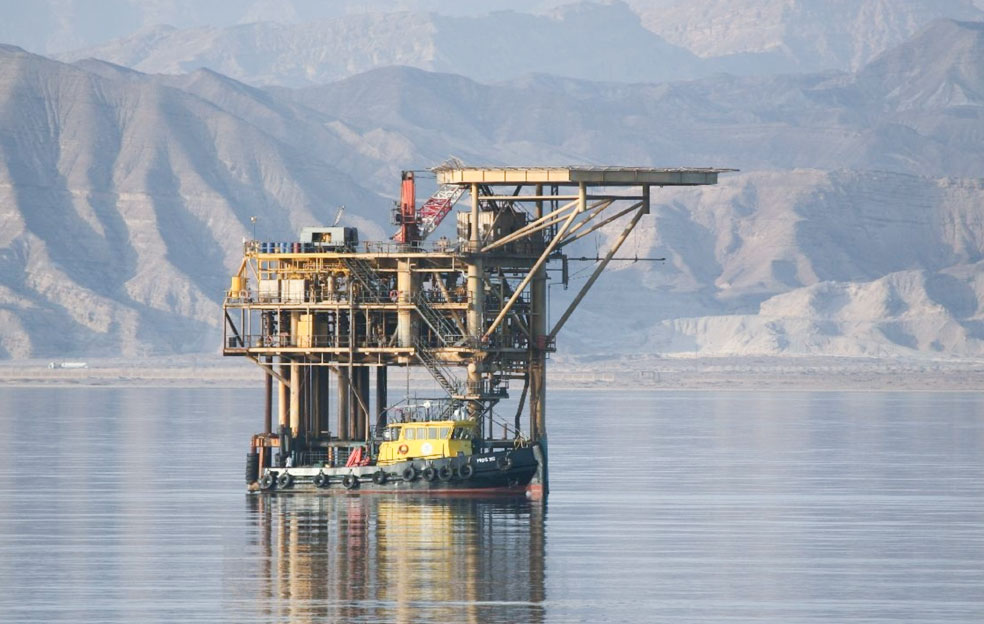 A platform in the Ras Budran field in the Gulf of Suez.

Offshore off the German coast

The oil price crises in the 1970s give a new boost to domestic oil reserves. From 1985, Wintershall and DEA are developingGermany’s largest oil field off the North Sea coast of Schleswig-Holstein as equal partners in a consortium. Production on a drilling and production platform designed specifically for the protection requirements of the Wadden Sea gets under way in 1987. 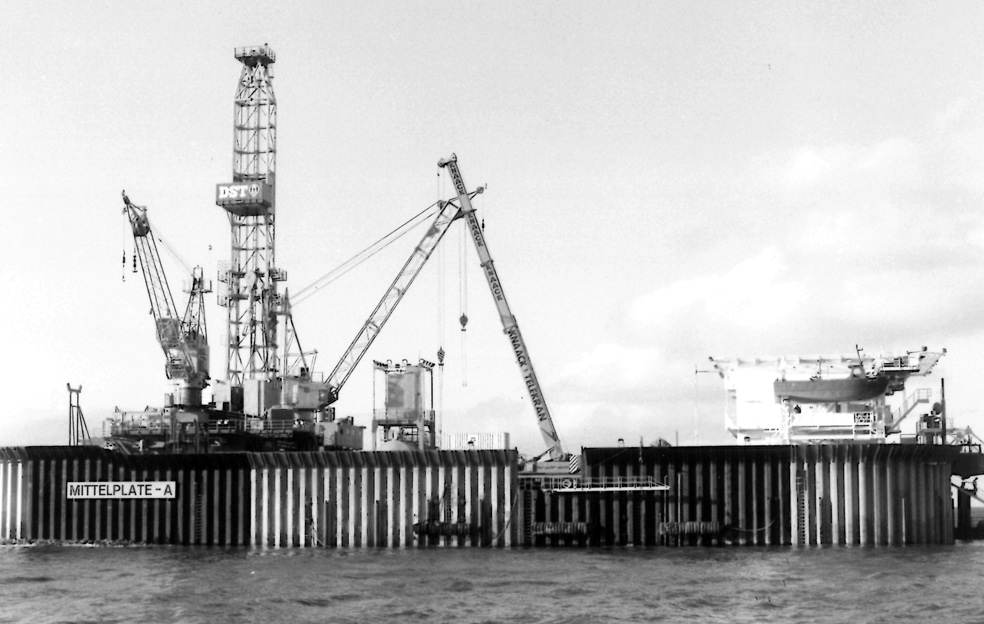 Under construction: The drilling and production platform Mittelplate in 1985.

A partnership between equals

Wintershall concludes a long-term agreement for marketing Russian natural gas in Germany with the Russian company Gazprom. It marks the start of a successful partnership – comprising not only ambitious pipeline projects, but also continuing with joint ventures to produce oil and gas in Russia.

DEMINEX, a joint venture of the German mineral industry founded in 1969 to boost production abroad, is broken up. Wintershall takes over its regional activities in Russia, Azerbaijan and Argentina, and DEA its activities in Egypt and Norway – mainly countries that are still among Wintershall Dea’s core regions today.

Operator for the first time in Norway

Wintershall becomes operator of the Brage oil field and the production platform of the same name. It significantly expands its business in Norway with its first self-operated project on the Norwegian continental shelf and stakes in the Gjøa and Vega fields: Output climbs from 3,000 to 40,000 barrels a day – and the company has 240 employees more. 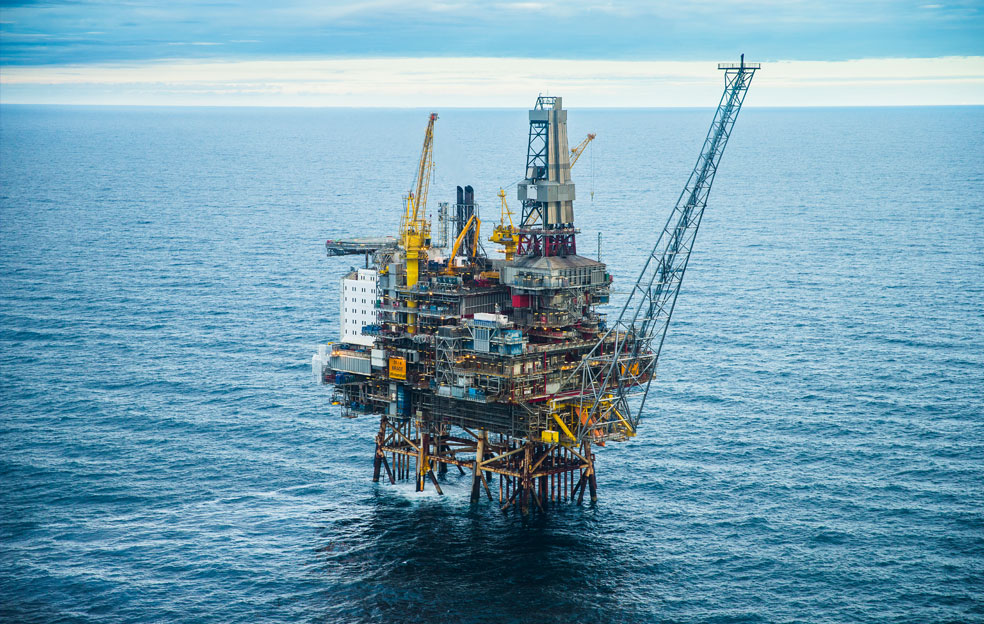 Foundation for the future

Asset swap with the long-standing partner Gazprom: Wintershall takes a stake in developing two further natural gas and condensate blocks in western Siberia. In exchange, the company transfers its entire natural gas trading and storage business to Gazprom and so focuses on its upstream operations. 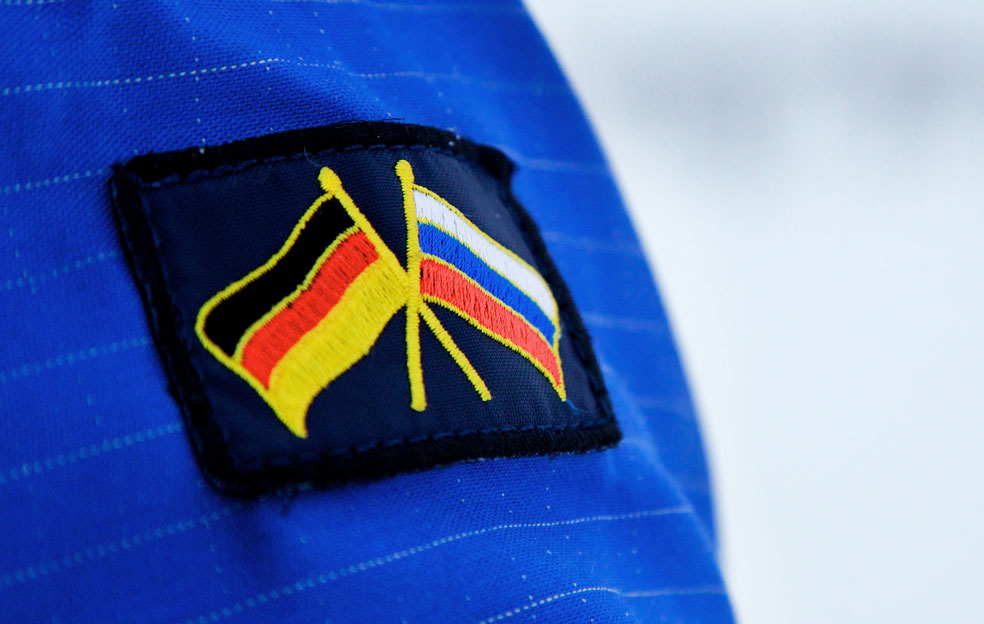 Side by side: The partnership between the German Wintershall and the Russian Gazprom began in 1990.

Entry into the Mexican market: DEA Deutsche Erdoel AG takes a 50 per cent stake in the producing onshore oil field Ogarrio and becomes its operator. The company also acquires shares in Block 2 in the Gulf of Mexico. Thanks to further stakes, it establishes a major position in the national upstream market within just one year.

Wintershall and DEA Deutsche Erdoel AG become Wintershall Dea. The merger creates Europe’s leading independent oil and gas company. It holds concessions worldwide, has around 3,000 employees, and produces a combined 575,000 barrels of oil equivalent a day to begin with. 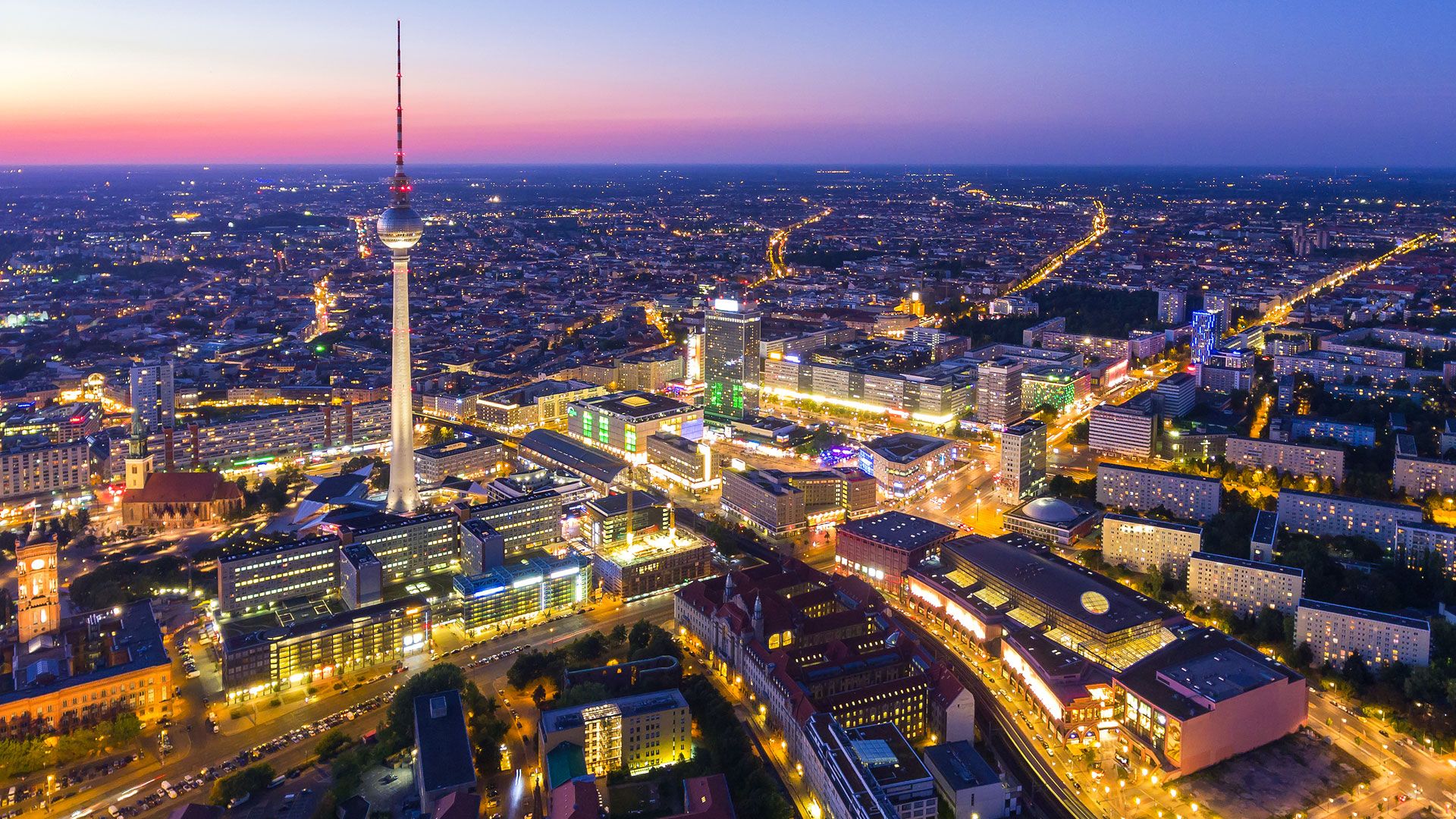 A few days before Germany’s federal elections, the German energy industry met at the BDEW Congress in Berlin – the most important industry meeting 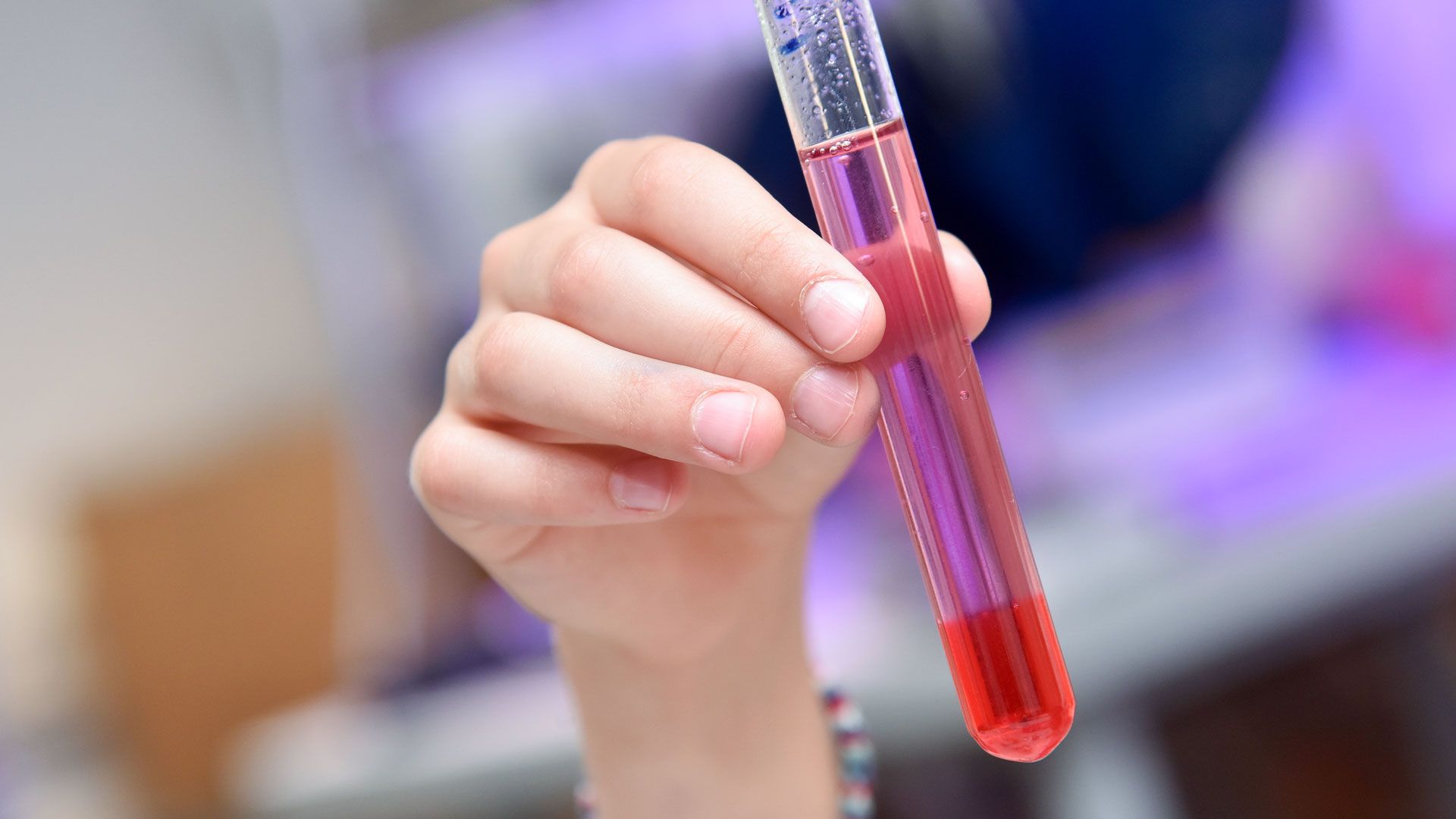