Natural gas is an all-rounder: It can be used to reduce CO2 emissions not only in power generation, but also in the heating market and the mobility sector.

According to a 2019 study by the German automobile association ADAC, driving on natural gas is least harmful to the climate. 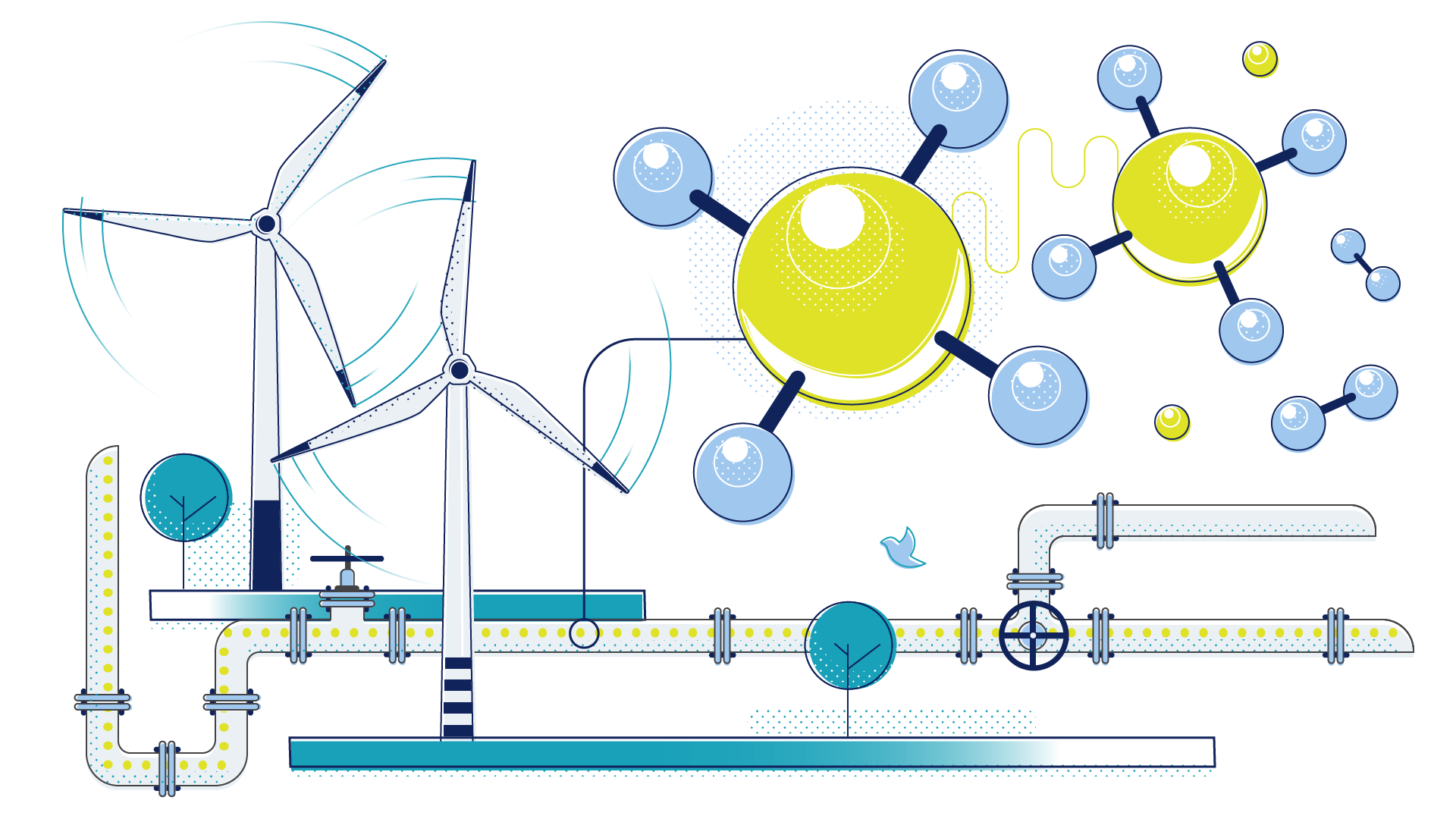 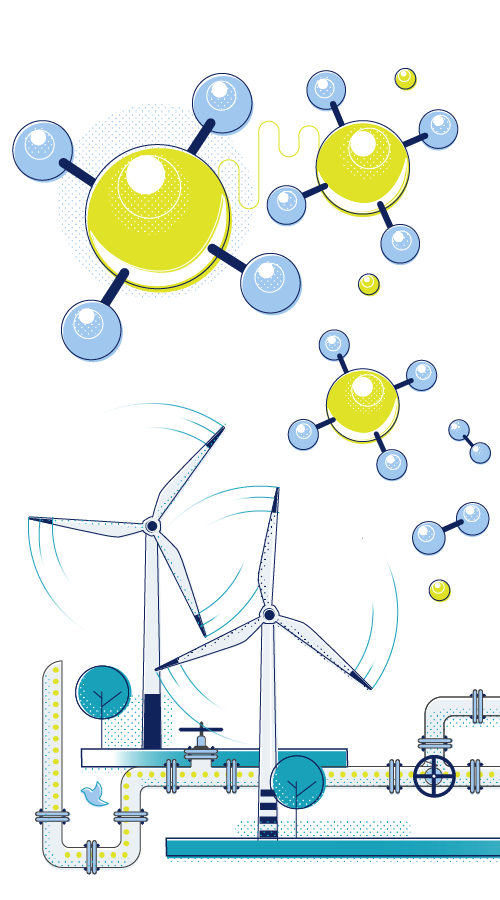 Natural gas is the most climate-friendly fossil fuel. Climate targets can only be achieved with natural gas, because renewable energy will not be available in sufficient quantity or quality for the foreseeable future. In addition, the necessary infrastructure is still missing. For natural gas, on the other hand, there is a well-developed network of pipelines and storage facilities, and the technologies have proven their worth over decades. If fuels like coal are to be replaced, natural gas can already close the gap today. Since it’s versatile, it can be used to significantly reduce CO2 emissions not only in power generation, but also in the heating market and the mobility sector. Scientists are also working hard on developing new natural gas technologies. The innovations are aimed at even higher energy efficiency and at ways of combining natural gas with renewable energies.

To halt global warming, climate targets were set at both global and national level. Germany is among the countries with the most ambitious targets, which is why it has given massive support to developing renewables, first and foremost wind and solar energy. Nevertheless, CO2 emissions are not decreasing, and 750 million tons per year on average are still emitted each year, because climate-damaging coal continues to be the primary source of energy.
According to the Coal Commission’s latest decision, Germany will not have to fully phase out coal-based energy until 2038 – despite the fact that natural gas would already enable it to switch to a climate-friendly and affordable energy supply today. The German climate target of a 40 per cent reduction in CO2 emissions compared with to 1990 could be achieved in just five years, according to the results of a study. This would require a partial phase-out of lignite-based power generation and the consistent utilisation of the existing gas-fired power plants. 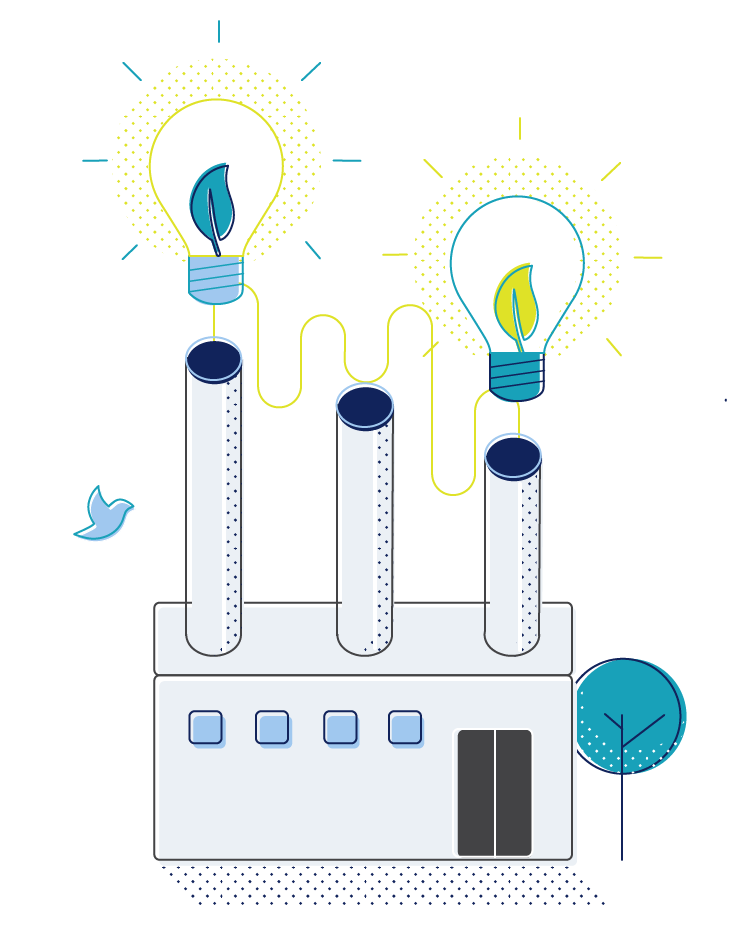 Most of our electricity continues to be generated from lignite and hard coal – over 40 per cent worldwide. In Germany, the number is just slightly lower, despite the country’s ambitious climate targets. Natural gas accounts for only 13 per cent of the German electricity mix. One reason for this is that electricity that used to come from nuclear power plants was replaced by coal-based power.

For the electricity market of the future it is important to increase the share of natural gas quickly and significantly, and to utilise the existing gas-fired power plants. After all, gas-fired power plants are not only more efficient than coal-fired plants, but also better for the climate and the environment: They emit far less CO2 and almost no particulates. The quantities produced can also be adapted quickly and flexibly at any time, which is important to compensate for fluctuating electricity production from renewable sources.

Crude oil is a valuable natural resource for numerous products used in modern life, which makes it too good to be burned it as fuel. Compressed natural gas (CNG) also offers a clean alternative in the mobility sector: It burns almost particulate-free, and its CO2 emissions are 35 per cent lower than for gasoline. Natural gas even has advantages over electromobility. For example, Europe already has a good network of CNG stations, but very few charging stations. The share of CNG-fueled vehicles is still low (0.17 percent in Germany).

Although business initiatives are working to increase this figure. there are still no government subsidies for gas-powered vehicles. Nevertheless, more new CNG-fueled vehicles hit the streets in Europe in 2018 than ever before. Natural gas could also play a bigger role in shipping. The first gas-powered cruise ship went into operation in 2018. In addition, a strict global limit on sulphur emissions from ship exhausts will take effect in 2020. Natural gas is the most cost-effective way to comply with it. 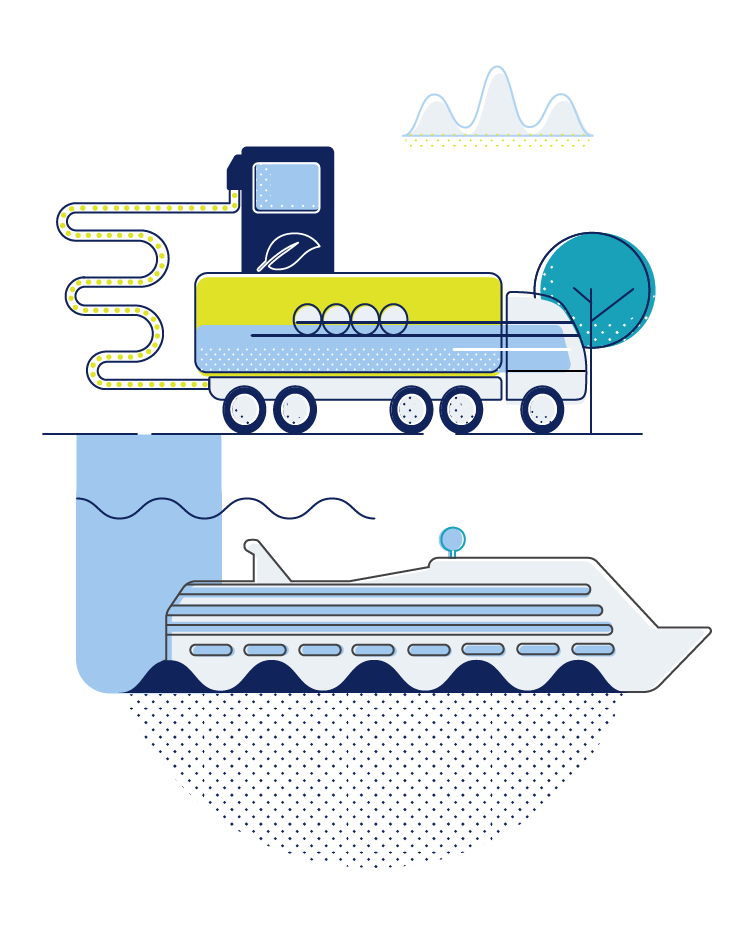 The more energy is produced from renewable sources, the greater the amounts that will need to be transported. In the case of electricity, this is done via transmission lines. However, the example of Germany demonstrates that the existing infrastructure was not designed for this. Experts fear that the grids could be overloaded and respond extremely sensitively to high production fluctuations. 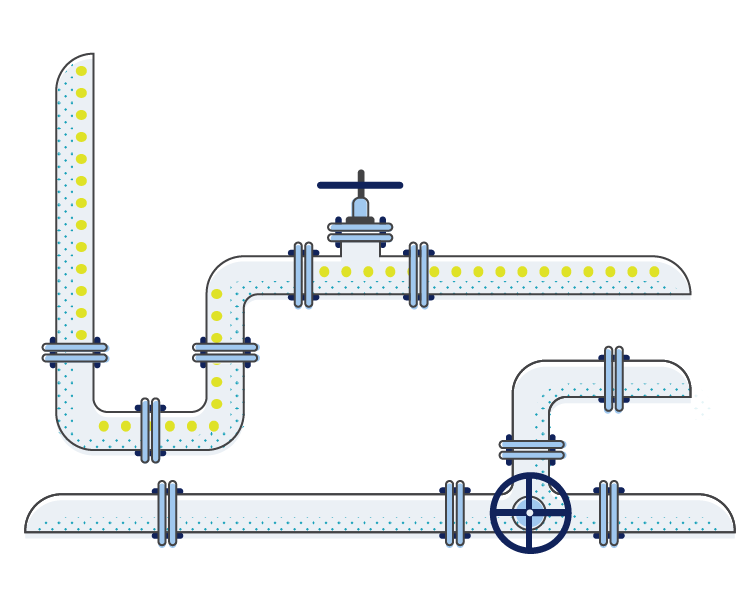 And grid expansion is only making slow progress. It’s a different situation for natural gas: An efficient and well-developed transport infrastructure is already in place. A system of pipelines covering three million kilometres currently spans the globe. It can handle not only natural gas, but also green electricity that has been converted via power-to-gas technology. The natural gas grid thus helps balance fluctuations, and places the expansion of renewable energy generation on a solid foundation.

Growing by the Nile