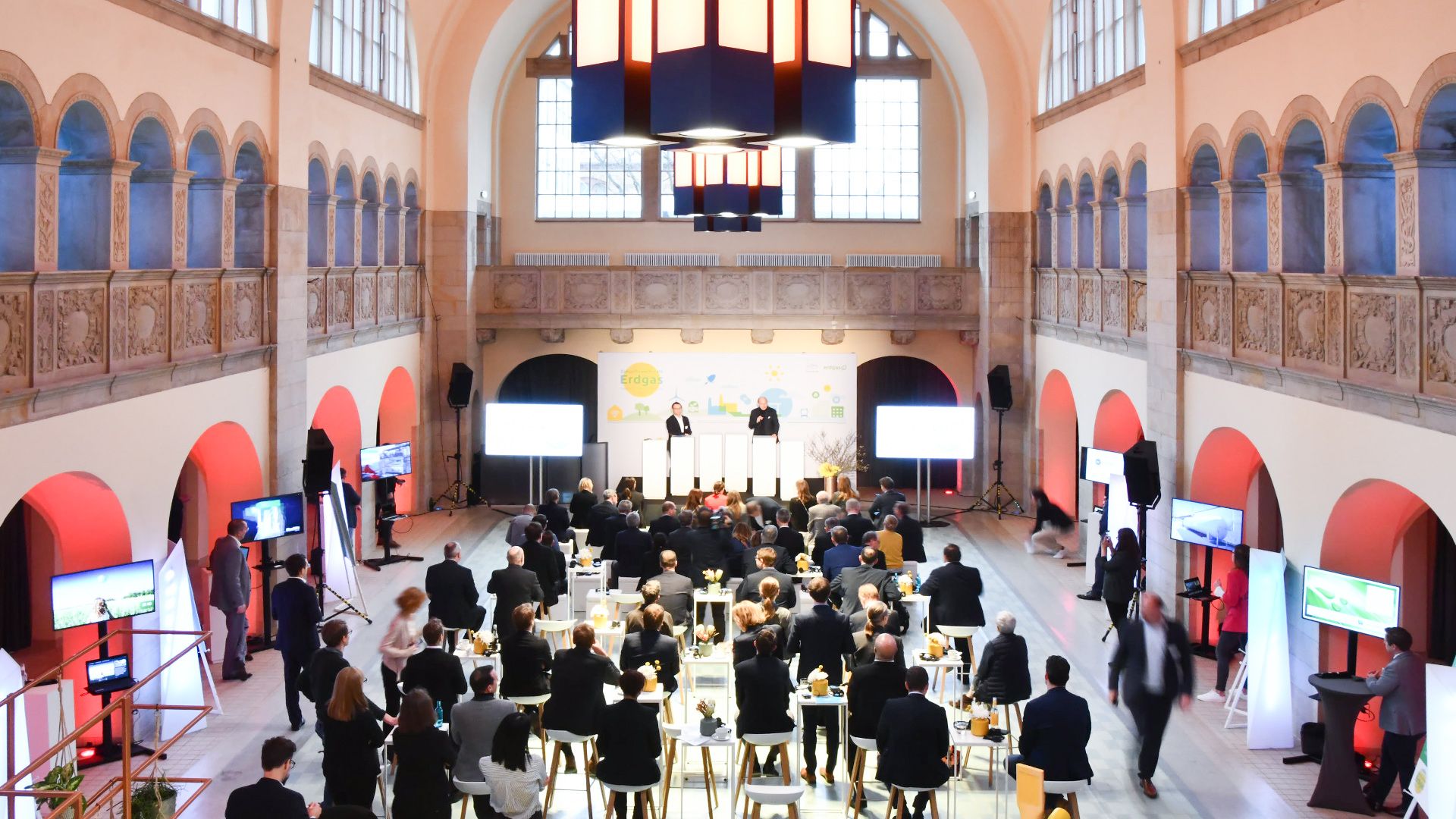 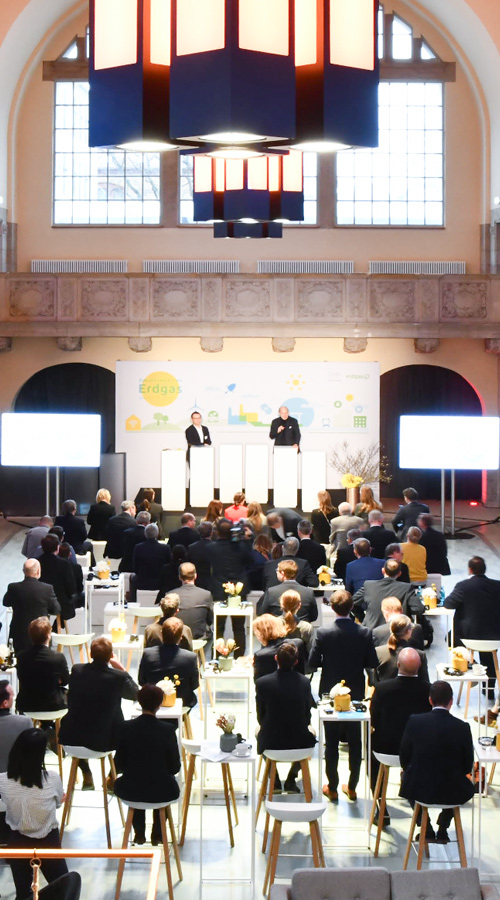 The gas industry is showcasing ten highly promising projects at this year’s “Zukunftswerkstatt ERDGAS” and thus demonstrating that it can play a major role in shaping the energy system of the future. Following its successful launch last year, the Zukunftswerkstatt is entering its second round today in Berlin. At the event staged by Zukunft ERDGAS and Wintershall Dea, invited participants will get to know the innovative project in a sort of “speed dating” and then share their views on them in an interactive panel discussion. One of the event’s objectives is to act as a boot camp for projects wishing to enter the Innovation Award of the German gas industry, which will be presented again in 2020.

“At the Zukunftswerkstatt, the gas industry shows what it is capable of and where it wants to go”, says Dr Timm Kehler, Chairman of the Zukunft ERDGAS industry initiative. “It’s impressive to see how many areas the industry is researching and investing in to tackle the challenges of climate change. Whether on the road, in the boiler room or in power generation – gaseous sources of energy are the key to quick climate protection in all sectors. This year’s Zukunftswerkstatt again offers an important stage to many cutting-edge gas technologies – in its tried-and-proven interactive format.”

The German government has also recognised in the meantime that gas will be an indispensable component in a secure energy supply for many years to come – and increasingly in a CO2-neutral form moving ahead. “One thing is clear: Germany and Europe won’t achieve their climate policy objectives through electrification alone. The gas industry addresses this important future topic at the Zukunftswerkstatt and presents gas-based solutions that enable efficient climate protection in all sectors related to the supply of energy”, states Kehler.

“Our Marketplace for Innovation clearly shows: Natural gas has the future at its feet”, says Thilo Wieland from the Executive Board of Directors of Wintershall Dea, Europe’s leading independent gas and oil company. “Natural gas already makes an active contribution to protecting the climate. And the most environmentally friendly conventional source of energy can do even more”, adds Wieland. First, natural gas can be decarbonised. Second, production of it is becoming increasingly cleaner and more efficient. “Our Digital Twin project is proof that combining leading-edge technologies with decades of know-how can help us tap even greater potential to protect the environment.”

The Digital Twin project presented by Wintershall Dea is a major innovation in the field of digitalisation. In it, huge quantities of geological and technical data from production of hydrocarbons are linked and analysed. The upshot is a digital likeness of a real production site – a digital twin. As a result, all the available data is put into context and can be called at any time. That allows production processes to be played through and optimised before they go live on a real platform. That helps save resources, cut emissions and make production far more efficient.

The projects showcased at the Zukunftswerkstatt:

In their project, Uniper and its consortium partners VNG Gasspeicher GmbH (VGS) and ONTRAS aim to convert renewable electricity from a nearby wind farm at Bad Lauchstädt in Saxony-Anhalt into green hydrogen by means of electrolysis. The green hydrogen is temporarily stored underground in a salt cavern specially equipped for that purpose.

The company SOLIDpower offers BlueGEN, a micro CHP (combined heat and power generation) system which is based on fuel cell technology, is optimised for maximum use and benefit of electricity. The device has a very high electrical efficiency and achieves an overall efficiency of almost 90 percent. The heart of BlueGEN is its fully integrated fuel cell module.

The “Digital Twin” project is a major innovation from the field of digitalisation and technology. In it, huge quantities of geological and technical data from production of hydrocarbons are linked and analysed. The upshot is a digital likeness of a real production site – a digital twin.

In their joint project “hybridge”, the gas infrastructure operator Open Grid Europe and the power grid operator Amprion are planning the first large-scale plant in Germany to convert electricity from renewable energies into hydrogen. The electrolyser is to be erected in the Lingen region and start operating in 2023. A hydrogen infrastructure is to be established alongside that.

The local utility in Haßfurt is expanding the existing power-to-gas plant by adding a highly innovative hydrogen cogeneration plant. The hydrogen cogeneration plant is supplied with hydrogen via a separate pipeline from the power-to-gas plant and uses it to produce electricity and heat. Compared with the current state of the art, that permits genuine reconversion of the hydrogen obtained from renewable sources without any fossil fuels being used.

As part of the “H2ORIZON” research platform, ZEAG Energie AG and the German Aerospace Centre (DLR) are developing an energy system that aims to use the electricity generated from the adjacent wind farm to produce hydrogen. The resultant hydrogen is to be made available later in various sectors, such as mobility or heating.

The vehicle manufacturer Iveco is deploying trucks powered by liquefied natural gas, since e-mobility runs up against limitations in long-distance logistics due to the huge distances to be covered. An alternative fuel here is liquefied natural gas, which is eco- and climate friendly and enables large ranges thanks to its high energy density.

In its “Power2metal” project, the water and energy utility Gelsenwasser aims to sound out the opportunities for complementary hydrogen-based energy systems for energy-intensive metal finishing and then to develop them in Gelsenkirchen, since it is far more efficient to use hydrogen directly as a substitute for natural gas in existing heating processes.

The car-sharing start-up “YourCar” is the new mobility partner of the public utility Stadtwerke Rostock AG. The young company is the first in Germany to offer users climate-neutral sharing of cars powered by natural gas. Following the successful launch in Göttingen in 2015, the vehicles have also been available in Rostock since 2017. Rollout in other cities has already been planned.

Zukunft ERDGAS is the initiative of the German natural gas industry. It represents the brand and product of NATURAL GAS in dealings with consumers, policymakers and market partners. Together with its members, Zukunft ERDGAS seeks to utilise the potential of this energy source and is committed to publicising the opportunities and possibilities NATURAL GAS offers the for the energy revolution, today and in the future. Zukunft ERDGAS is supported by leading companies in the natural gas sector. Industry associations and the heating appliance industry support the initiative as partners. 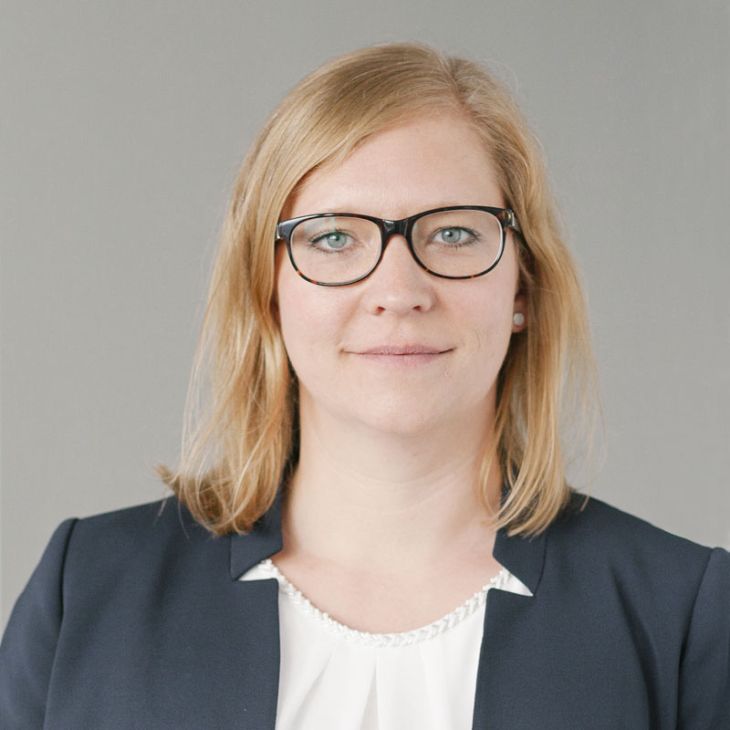 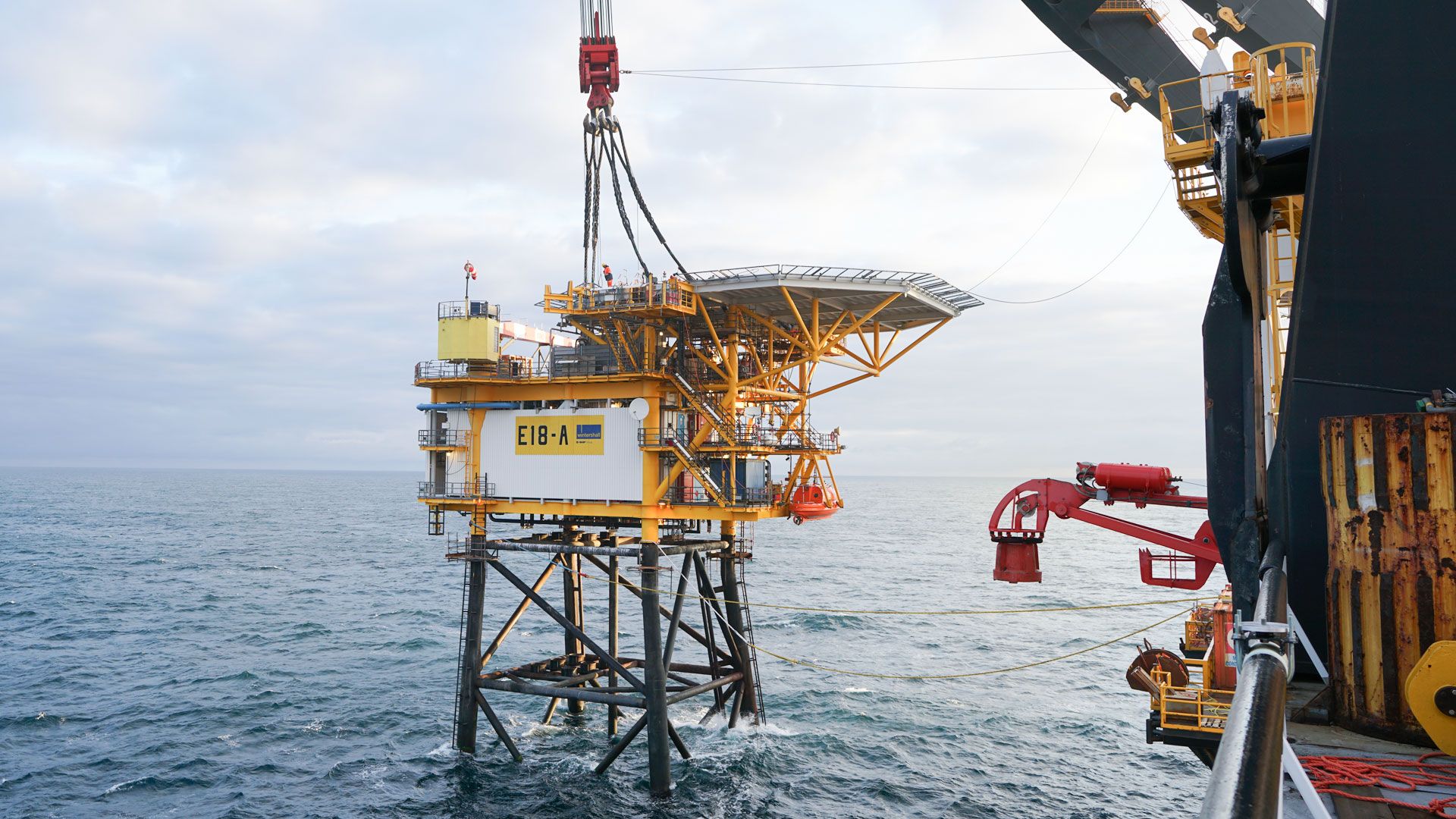 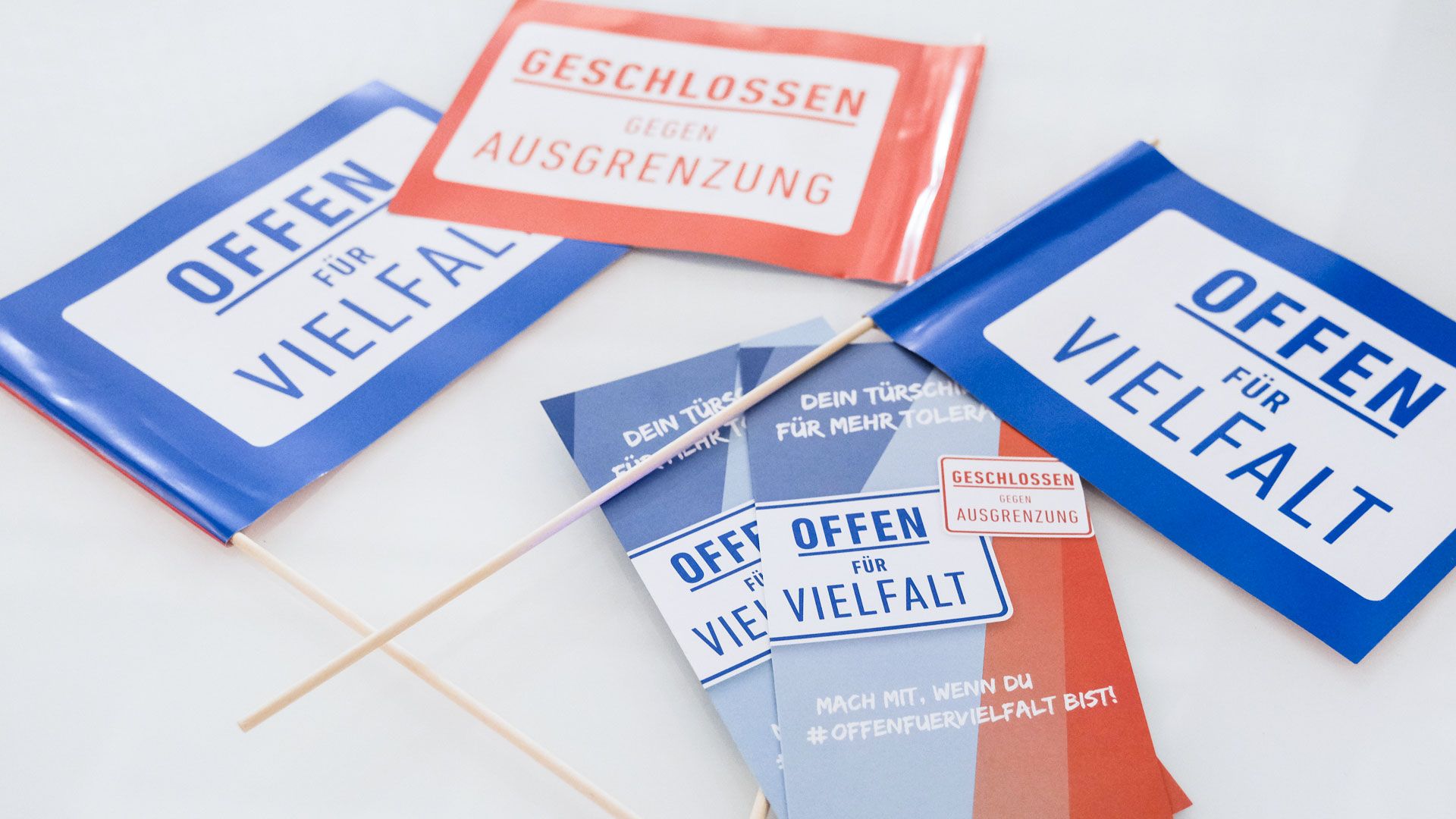