Pipelines are the heart of Europe’s gas infrastructure. With a joint network, Wintershall Dea and Gazprom secure energy supplies in Germany and Europe. 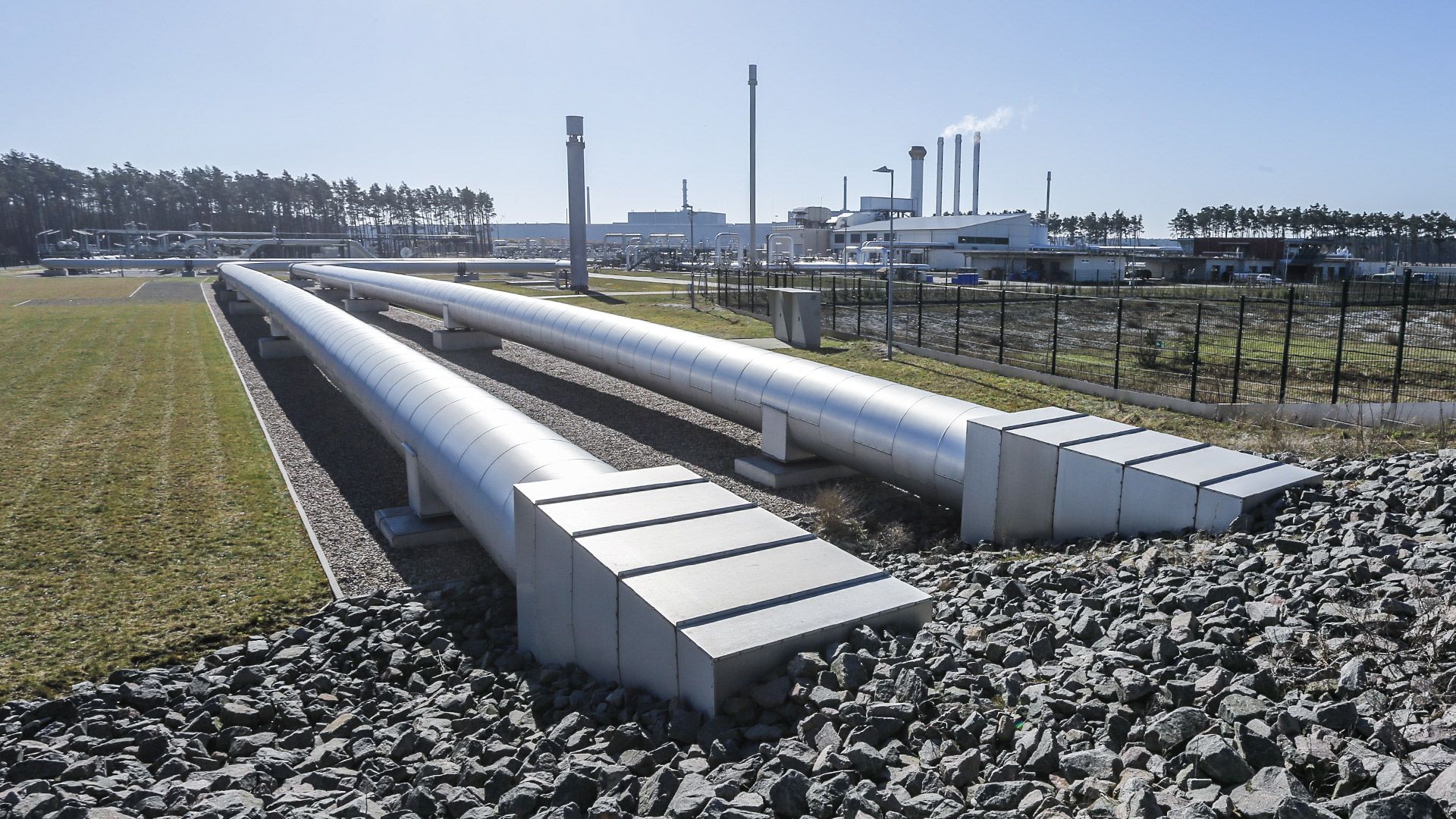 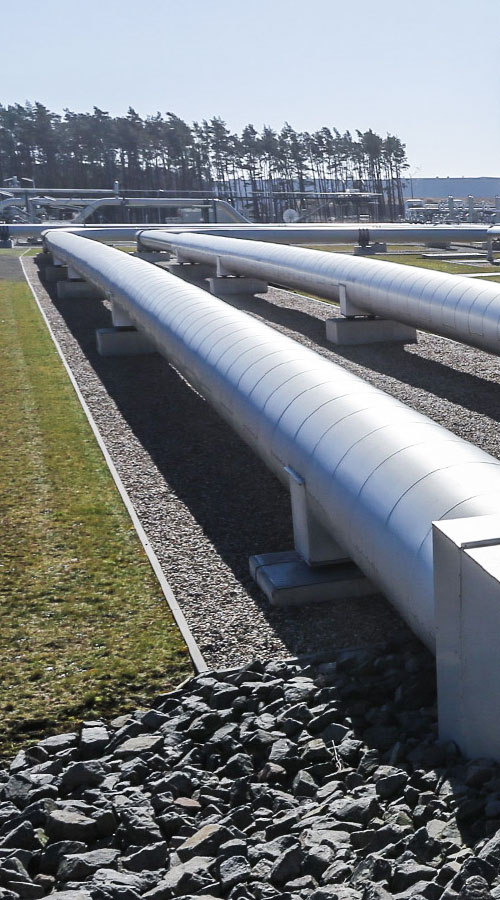 The transport of natural gas via pipelines will continue to be of crucial importance for security of supply and achievement of Europe’s climate protection goals. Together with its partner Gazprom and other European energy companies, Wintershall Dea has helped to create and expand the necessary transport systems.

The offshore pipeline Nord Stream, which consists of two strands, runs 1,224 kilometres through the Baltic Sea, from Vyborg in Russia to Lubmin near Greifswald in Germany. Efficient and climate-friendly, the two lines together can transport some 55 billion cubic metres of natural gas per year.

Wintershall Dea is involved in international projects such as Nord Stream. This pipeline transports natural gas from Russia to Europe and thus secures the energy requirements of 26 million households. The joint transport activities of Wintershall Dea and Gazprom in Germany are combined in the holding company WIGA Transport Beteiligungs-GmbH & Co. KG. The holding's independent transport subsidiaries operate, among other things, a 2,400-kilometre pipeline network and the two pipelines that connect to Nord Stream, OPAL and NEL. Wintershall Dea also supports new pipeline projects such as EUGAL and Nord Stream 2.

With the pipeline network of WIGA Transport Beteiligungs-GmbH & Co. KG, Wintershall Dea and Gazprom guarantee a secure energy supply for Germany and Europe. The three independent transport network operators of the WIGA group operate, among other things, a Germany-wide pipeline network and the two pipelines that connect to Nord Stream, OPAL and NEL. 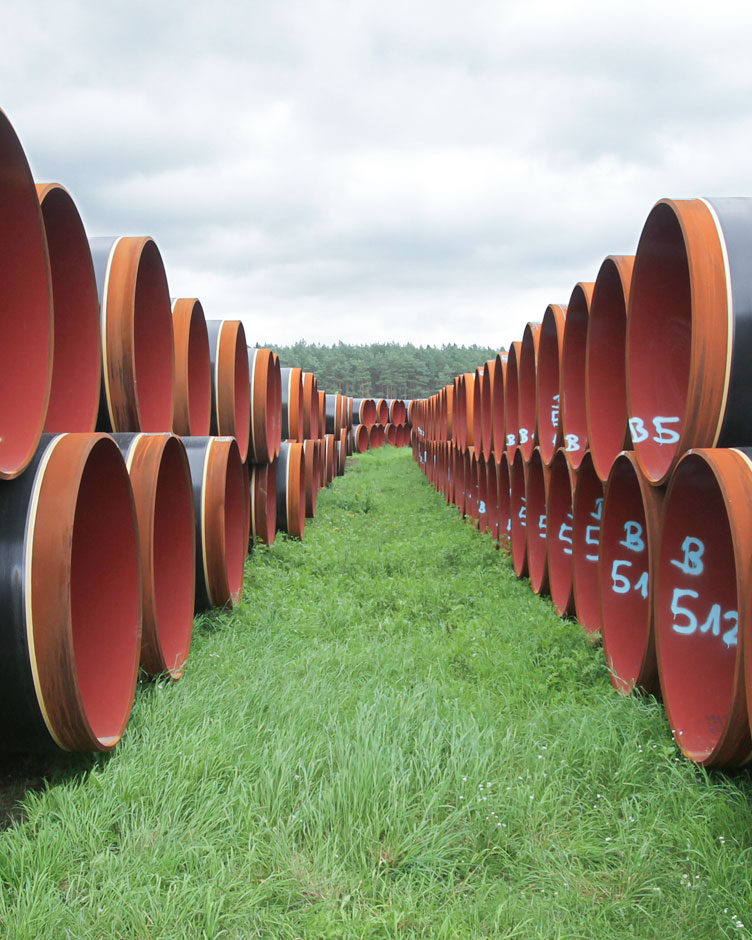 More than 20 billion cubic metres of natural gas can be transported annually via the pipes of the North European Gas Pipeline – approximately one-fifth of the total German demand for natural gas.

billion cubic metres of natural gas were transported through Nord Stream up to September 2019 – a record volume.

kilometres long: the first string of the EUGAL pipeline. 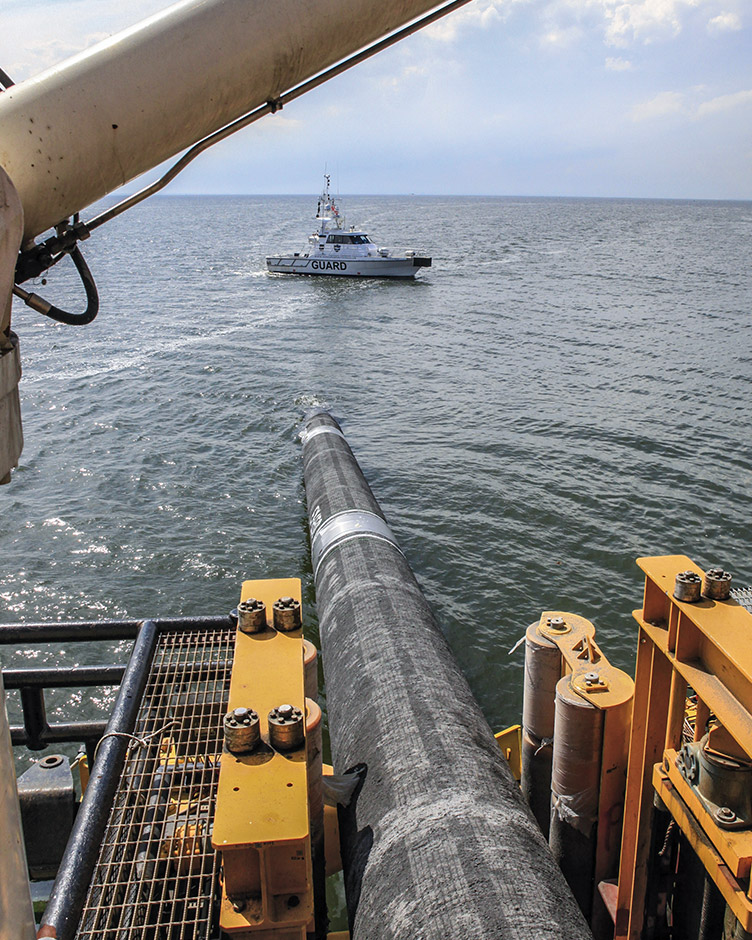 Following the example of Nord Stream, another pipeline is currently being laid through the Baltic Sea: Nord Stream 2, which in turn consists of two strands. With the construction of EUGAL, GASCADE is reacting to the increasing demand for natural gas and transport in Europe and creating a land connection for the transport of the quantities that will be transported in the future to Europe via Nord Stream 2.

The Nord Stream 2 pipeline through the Baltic Sea runs largely parallel to the route of the existing Nord Stream pipeline. Its transport capacity will also be the same: some 55 million cubic metres of natural gas per year – that is, 27.5 million cubic metres per line. Installation work began in 2018. Commissioning is scheduled to take place in a few months. Wintershall Dea is one of five Western European lenders to finance Nord Stream 2 with up to €950 million each. With Nord Stream 2, 132 million tonnes of carbon dioxide can be saved over an operating period of 50 years.

Nord Stream 2 offers a number of advantages to the EU and Denmark. A delay of Nord Stream 2 means also to postpone these benefits especially with regard to security of gas supply, gas prices and a reduction of CO2 emissions. This is, what the study of the Danish consultant INCENTIVE is elaborating.

Incentive Consequences of a delay of Nord Stream 2 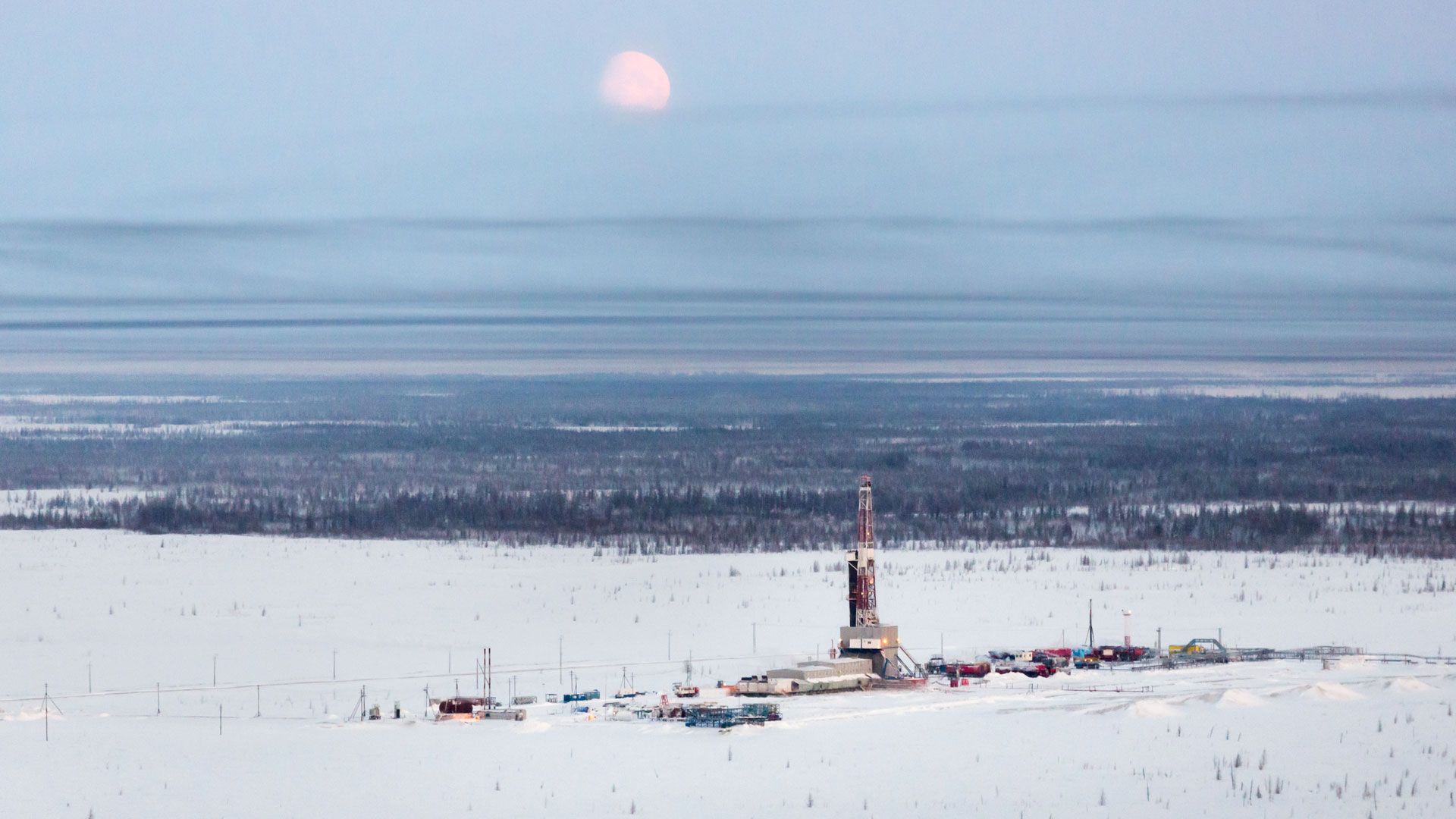 In Russia, Wintershall Dea works together with indigenous companies to produce gas and oil. A special partnership for 30 years.